Building Relationships and Creating Success Together

By Jaime Garzon, Sports Competition & Events Coordinator During the summer of 2019, Turnstone and the City of Fort Wayne, in collaboration with the United States Association of Blind Athletes and the International Blind Sports Federation (IBSA), produced the 2019 IBSA Goalball & Judo 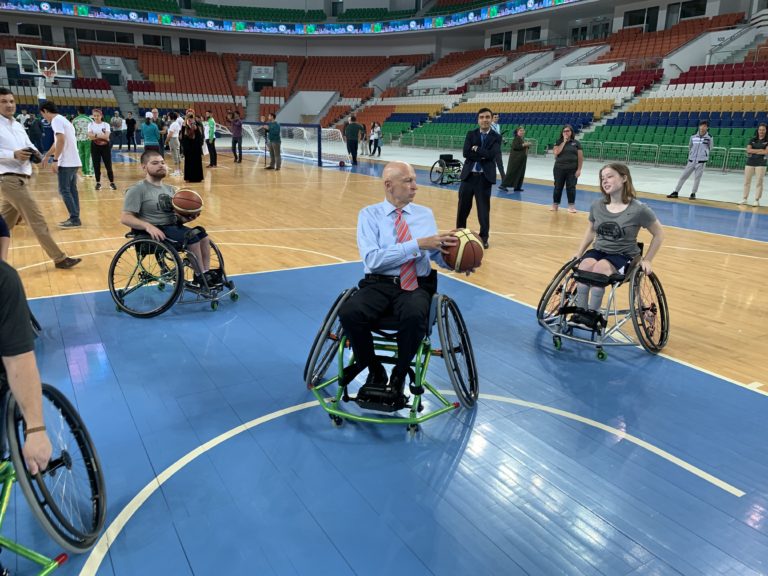 by Dawna Callahan, Founder & CEO All In Sport Consulting On October 18, I returned home from a two-week sport diplomacy trip to Turkmenistan made possible by the U.S. State Department and Virginia Commonwealth University’s Center for Sport Leadership. It was such an honor to serve on the U.S.

by Hunter Leemon, Executive Director Sportable Sportable, an adaptive sports club in Richmond, Virginia, with a mission of creating opportunities and transforming lives of those with physical disabilities and visual impairments through sport, recently completed the process of hiring two

Passion. Purpose. Progress for the Movement

by Mike Mushett, CEO Turnstone Like so many other peers of my era, I became involved in the Paralympic movement back in the early 1980s. At that time, the movement was propelled by the commitment and hard work of a small army of dedicated volunteers, and supported by a small coalition

Engaging Stories via Informed Media: Doing Our Part to Promote the Paralympic Brand

by David Greig, Development Director ParaSport Spokane Media engagement is critical to the success of community-based para sport programs. A compelling story on the news can engage a broader audience and draw in potential support in the form of sponsors and donors. Viewers may relate to